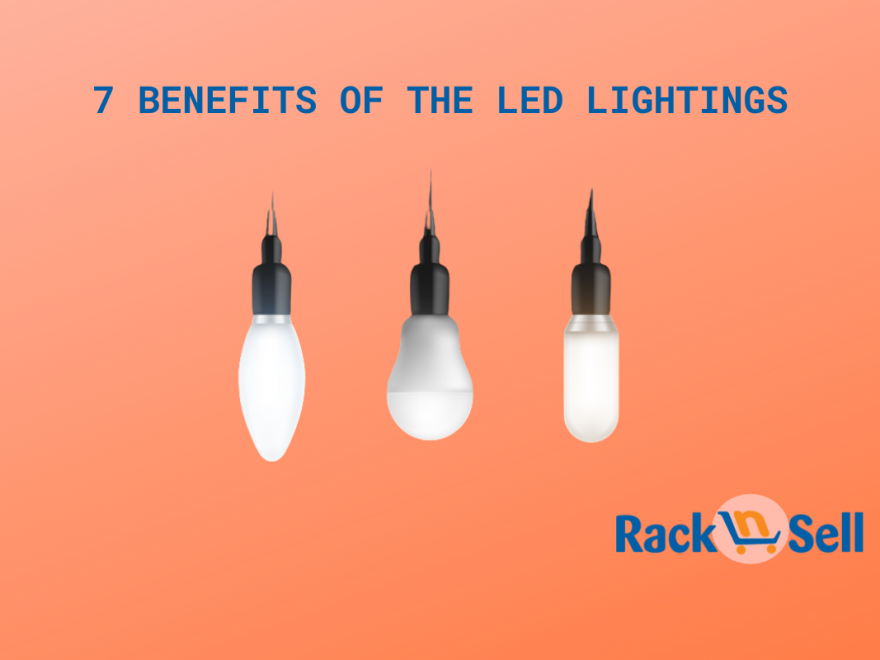 90% of the energy used to light an incandescent bulb goes towards producing this heat.
Due to high energy consumption traditional bulbs are now replaced by energy-efficient alternatives like CFLs and LEDs. LED lights are extremely energy efficient and consume up to 90% less power than traditional light bulbs.

What is an LED?

LEDs offer many advantages over traditional light bulbs. Here’s what LEDs have to offer and what makes them so efficient:

LED lights to use less electricity than traditional incandescent, fluorescent and halogen options, resulting in substantial energy cost savings, especially for spaces with lights that are on for extended periods. Because of their high lumen output per watt, LEDs are capable of turning about 70% of their energy into light.

LED bulbs are capable of emitting an extremely high level of brightness.

LEDs have great ratings when it comes to CRI. A color rendering index is a quantitative measure of the ability of a light source to reveal the colors of various objects faithfully in comparison with an ideal or natural light source. Light sources with a high CRI are desirable in color-critical applications such as neonatal care and art restoration.

While a traditional incandescent bulb operates by heating its filament to the temperature that produces light, an LED bulb emits electromagnetic energy as light when electrified. By turning energy into light instead of heat, LEDs are able to operate at a significantly lower temperature than other types of light bulbs.

LEDs contain no mercury or other hazardous substances. LEDs do not have environmental issues common to traditional lighting solutions like fluorescent or mercury vapor lights. Both of these traditional solutions contain mercury internal to the bulb and thus require special handling at the end of the product’s useful lifespan.

LEDs aim light in a specific direction unlike conventional bulbs, which emit light and heat in all directions. LEDs are mounted on a flat surface; they emit light hemispherical rather than spherically. This directional lighting capability reduces wasted light and energy.

At RacknSell we are well aware of the new trends in lighting and to meet up with the needs of buyers, we have sourced lighting products from the leading brands in the market. Light up your offices. Home and buildings with lighting solutions from Racknsell.